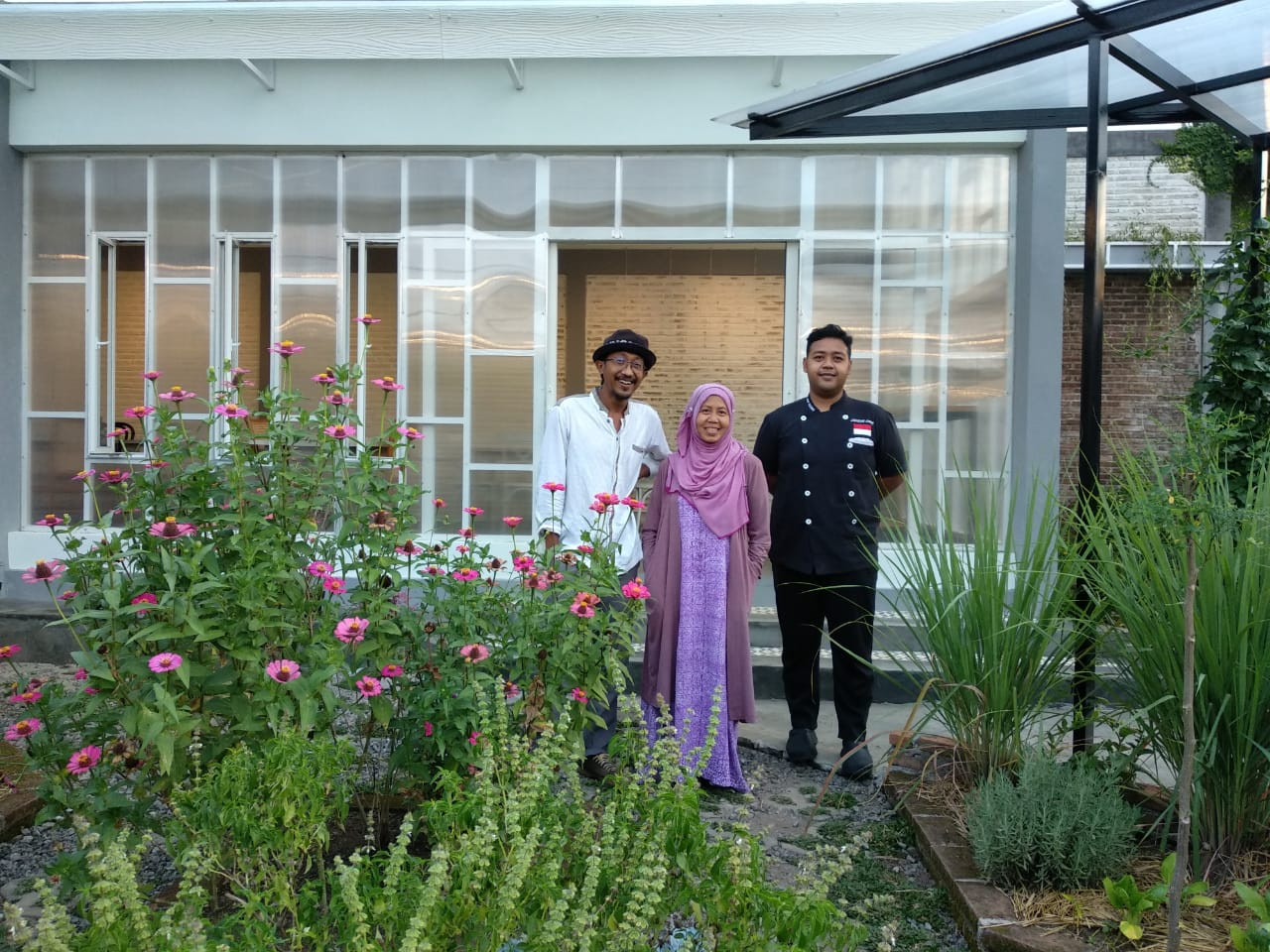 Health, wellness and sustainability have taken center stage and permeated our daily lives, playing a major role in our purchasing decisions. In the food industry, the pursuit of these three factors gave birth to the garden-to-table movement. A fully organic restaurant and less waste store, Tanasurga, in Salatiga, Central Java, is adopting and pioneering this approach in the region, proud of the traceability of the food it serves.

What is the concept for? The Garden to Table advocates locally sourced foods and emphasizes relatively direct transfer and minimal intervention from the food source until it reaches the plate. This concept has been floating around in the modern food landscape for quite some time, but Tanasurga was not intentionally created to catch up with the trend or meet growing demand. Instead, he was inspired by the first-hand experience of the owners.

Co-founder Setyo Budi, 50, was diagnosed with cancer in 2016. It was, he said, a wake-up call to change his lifestyle, especially by consuming as much fresh food as possible. and without preservative. He started growing his own food to take full control of what is placed on his plate, a core value that laid the foundation for Tanasurga.

Together with his wife Arina, 54, Setyo opened the door to Tanasurga in 2020, offering healthy and tasty dishes and the experience of connecting with food by allowing customers to pick their vegetables right on the spot – a timely decision when people are starting to be more health conscious due to the pandemic sweeping the world.

From Garden to Table: Tanasurga, a fully organic restaurant in Salatiga, Central Java, prides itself on growing its own food and processing its ingredients to their freshest. (Tanasurga Organic / Courtesy of Tanasurga Organic)

“Through this garden-to-table experience, we enable customers to experience food in its truest form at the source so that they can be aware of how their ingredients look. On top of that, customers can enjoy their food while it is at its peak of freshness without losing the nutrients inside, skipping the refrigerating part which will alter the taste of the food, ”said Setyo and Arina. The Jakarta post.

The wide variety of crops planted at Tanasurga’s 1,000-square-meter property range from vegetables like kale, beetroot, and watercress, as well as herbs like turmeric, galangal, and ginger, to name a few. -a. On the menu are multi-course dishes including Indonesian, Western and Middle Eastern cuisine derived from healthier ingredient alternatives.

Tanasurga puts health concerns at the heart of its practices, thus its signature wedang rempah (herbal drinks) has always come highly recommended. According to Setyo and Arina, this line was concocted on the basis of healing merits in addition to taste. 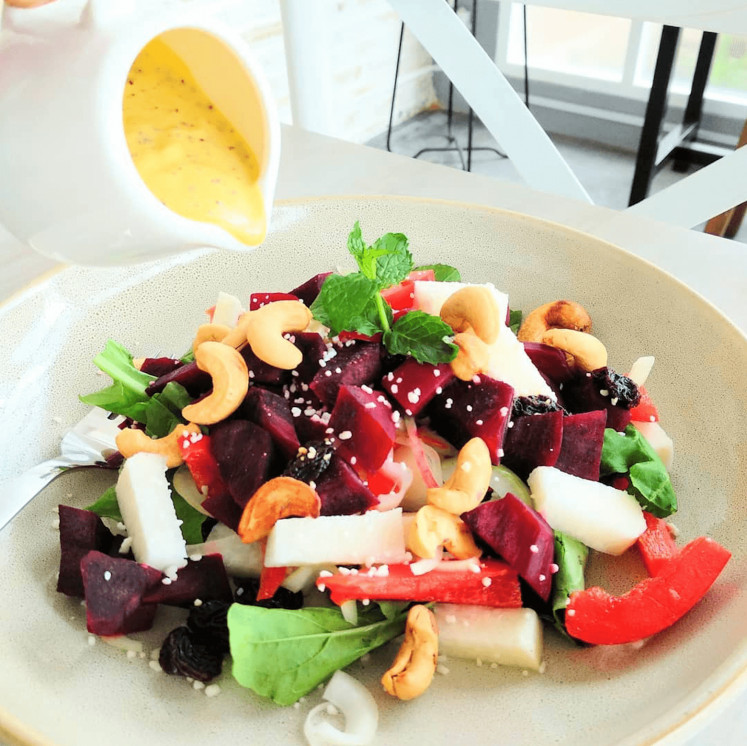 Do you feel uncomfortable? Anti Flu (ginger, lemongrass, cloves, cinnamon, lime, honey) and Anti Batuk (lemongrass, lime, honey) will serve as an effortless aid in relieving flu and coughs. Need to de-stress? Give a few sips of Anti Stress (ginger, turmeric, tamarind, palm sugar). Or turn to Anti Maag (for ulcers, using ginger, lemongrass, pandan, honey) to fight indigestion, just a reminder that nature always has many benefits in store for us beyond a flavor boost.

With such a diverse menu, Tanasurga sources other ingredients not available in its garden from local farmers nearby, especially those who hold the same value in not using pesticides in the treatment of their crops.

This well-nurtured relationship with the farming community is also reflected in the Tanasurga store, where it highlights the stories of the people behind the crop they sell; organic rice and palm sugar, for example. In doing so, Tanasurga encourages organic farming practices while forging a stronger bond with the local community.

Tanasurga strives to avoid highly processed ingredients, including condiments and dressings, which they make from scratch. Ari Yudha Cahyanto, the chef who runs Tanasurga, acknowledged that this commitment to preserving food freshness poses a number of challenges.

As Ari said, “Our mayonnaise needs a whole day to prepare from soaking, boiling and filtering the soybeans. Then we let it sit overnight. is such a long process, and we cannot do it in bulk because we are free from the Conservatives. “ 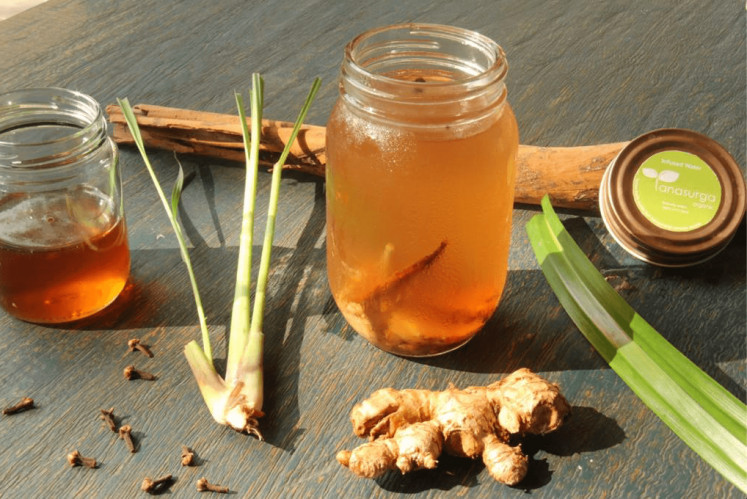 It’s also a challenge in itself, Ari added, to create healthy meal sounds that seem less intimidating to Indonesians, who tend to put intense flavor enhancers in their food.

Despite all the ensuing challenges in bringing consumers closer to their food, including managing seasonal foods, higher costs, and longer processing time, the garden-to-table movement shows no signs of slowing down, not all over the world and not in Indonesia – and the same goes for Tanasurga. His full effort to serve garden-fresh food while reusing waste is an open invitation to be more mindful of the food we eat so that the food can take care of our health.

“We would like to expand this movement of eating healthy food on a daily basis. After all, healthy food should be available to people not only as a last resort when facing health issues, but all the time,” said Arina. .